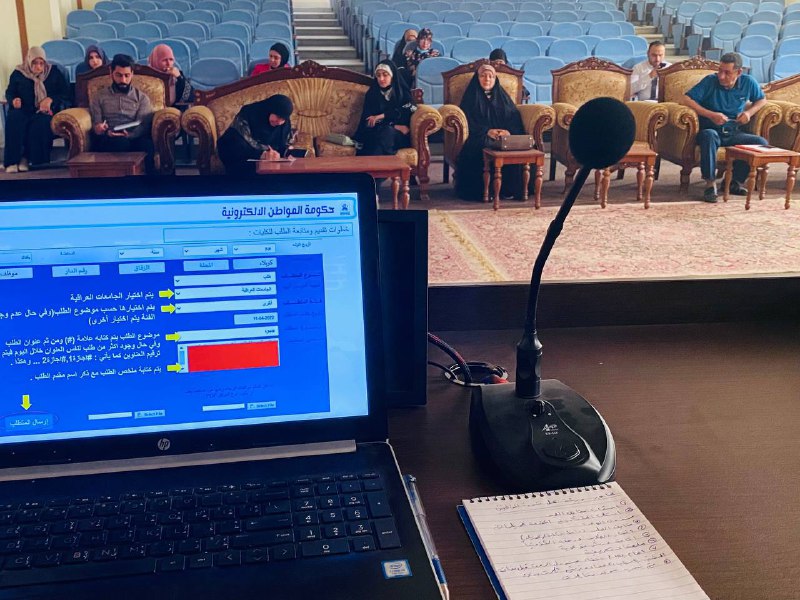 The College of Nursing participated in a workshop entitled “Citizen e-Government” held by the Presidency of the University of Kerbala Under the patronage of Prof. Dr. Basem Khalil Nayel Al-Saidi, President of the University, with the participation of the officials of the Citizens Affairs Units in the colleges and the university, such as our college. In this workshop, the Officer of the Citizens Affairs Unit at the College, programmer Hussein Ali Mahdi , The workshop aimed to explain the steps for receiving and submitting applications, complaints and inquiries through the citizen’s e-government portal to the General Secretariat of the Council of Ministers. The workshop included a discussion of work obstacles and an emphasis on adherence to the circulars issued by the ministry. Several recommendations were prepared, including the necessity of holding awareness workshops for affiliates and students in colleges to introduce the role played by the Citizens Affairs Unit and its working mechanisms. Media of the College of Nursing.